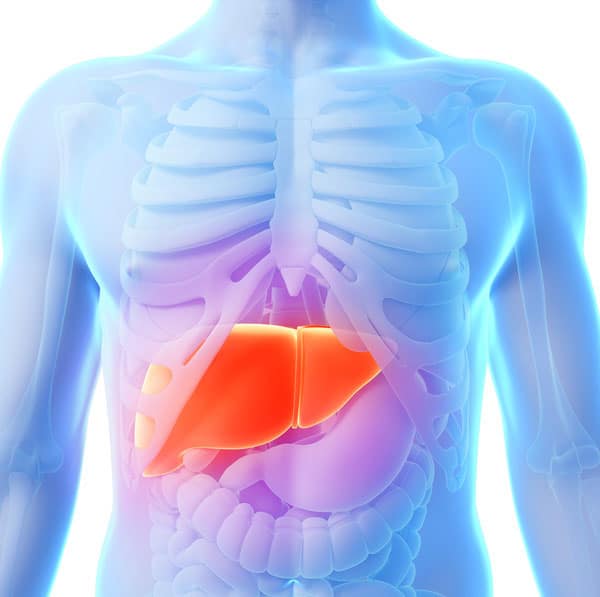 The liver as a vital organ of the metabolism plays a decisive role in detoxification of our body – and is exposed to enormous strain e.g. by alcohol, drugs or environmental pollutants. Additionally, infections, other metabolic diseases and autoimmune diseases put an extra burden to it.

The liver-gall-digestive-system is a functional unit with many interactions.

There are a large numbers of gallstone-diseases and fatty livers, caused e.g. by alcohol abuse or drugs. These diseases can lead to liver fibrosis, liver cirrhosis and liver failure.

Children are mainly concerned by neonatal jaundice and congenital bile duct deformations, among others the Byler’s disease (inherited condition, where bile is unable to drain from the liver), Alagille Syndrome, Reye’s syndrome. During pregnancy acute fatty liver of pregnancy or cholestasis of pregnancy may occur.

For the treatment of liver diseases the following REGENAPLEX remedy can be used within the scope of the REGENA-Therapy: